Ippudo Ramen is a Japanese Ramen chain that's recently opened up in Melbourne, located on Artemis Lane in the QV Precinct just a bit further down from Red Spice Road. I'd been to the one in Sydney a while back and was really excited that it had finally made its way down to Melbourne.

There's seating both inside and out at Ippudo, with large heaters to make sure it's not too cold even if you're at the outside tables. The lines at Ippudo can get quite long no matter the time of day, so we were lucky enough to get a table for three outside right away when we went on a Saturday afternoon around 1:30pm. The interior design is simple - there's not much decoration at all - with ramen bowls on one side of the wall above where the kitchen is, and low hanging lights adorning the rest of the opposite site. The atmosphere is lively and buzzing with conversation, and at the same time giving a casual and relaxed vibe. 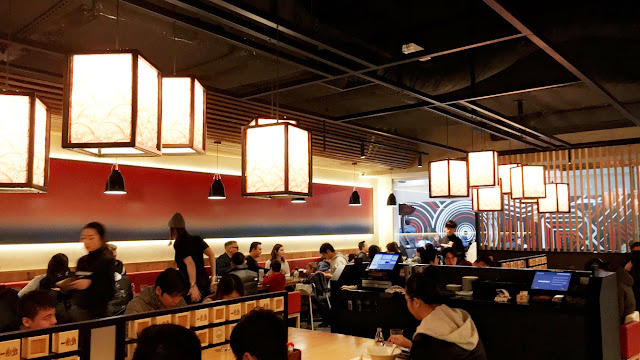 The hero of Ippudo is the ramen, but there's also a good range of rice based dishes, appetisers and desserts to choose from. The dishes we got were the Akamaru Shinaji Ramen ($16), the Karaka Men ($17) and the Grilled Unagi Don ($13), and to share, steamed buns (3 for $14) and gyoza (10 for $11). The dishes came out quite quickly, and the staff were attentive and friendly, and brought the bill over to the table at the end of our meal so we didn't have to go up to pay.

The Akamaru Shinaji Ramen consisted of the classic tonkatsu (fried pork) broth, with a miso paste and garlic oil, served with thin ramen noodles, pork belly, black fungus and spring onion. The broth itself was aromatic and full of flavour, though I felt it got a bit oily by the end because of all the tiny pieces of fat in it. The pork belly was extremely soft and melted in my mouth, and the black fungus (dried mushroom) in contrast had a nice crunchy texture. I would've liked a bit more spice in the ramen to give it that extra hit, but it was really enjoyable nonetheless. 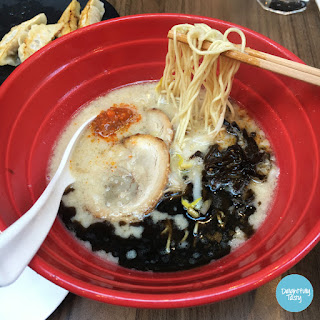 The Karaka Men came with thin and wavy ramen noodles, as well as simmered pork belly, bean sprouts and spring onion, topped with a special spicy ground pork miso and roasted cashew garnish. Having been simmered, the pork belly was extremely soft, and there was a good ratio of fat to meat. The original flavour of the broth couldn't really be tasted due to the spicy ground pork, but wasn't too heavy either which was good. 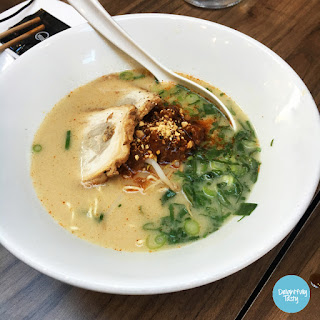 The Grilled Unagi (Eel) Don consisted of glaze grilled eel, served with fried mushroom and unagi sauce on a bed of rice. Despite the portion looking quite small, it was actually quite filling, and the eel itself was extremely soft and full of flavour. There was just the right amount of unagi sauce in the dish so that all the rice could soak up the flavour, and the slices of cucumber at the top was refreshing for when the rest of the dish got a bit heavy. 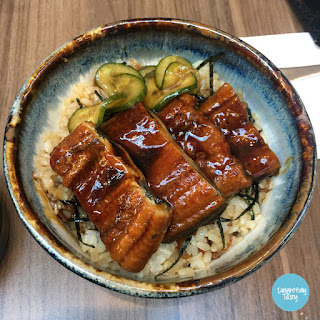 There are three flavours of steamed buns at Ippudo, the pork, chicken and prawn. All the buns come with lettuce and a creamy mayo (except the prawn which had a sweet chilli sauce), and had either the signature pork belly, fried chicken or prawn katsu as the hero. The pork belly was flavoursome, juicy and not dry at all, though would've been good to have a bit more sauce in it. The fried chicken one had a lovely crispy outer but was soft on the inside, and there was a teriyaki like flavour to it. The prawn katsu had a thin batter covering it that was still crispy even after leaving the dish for awhile, and the sweet chilli gave the dish a nice hit but wasn't overpowering, It would've been good to have a bit more lettuce in the bao to balance it out a bit better, but was still really delicious. 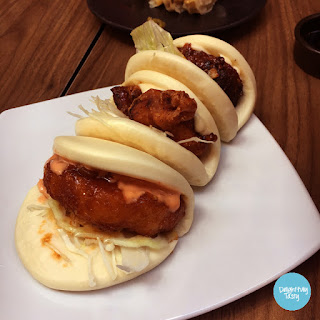 The gyoza were pork pan fried dumplings that were served with yuzukosho, a Japanese seasoning that is made from chilli peppers, yuzu peel and salt, and left to ferment. It tasted a bit like mustard to me and had good flavour, but wasn't really necessary as the gyoza itself (or with the addition of the vinegar dipping sauce) had enough flavour already. 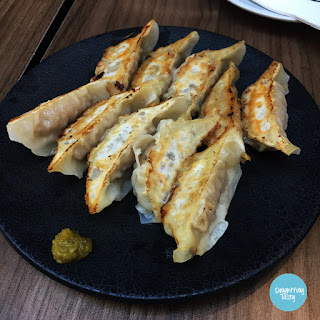 Definitely recommend coming to Ippudo for some classic Japanese ramen, though be prepared to wait for a table, especially if you go at a busy time around lunch or dinner. 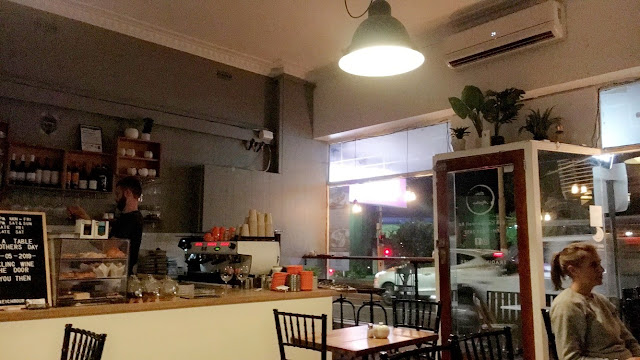 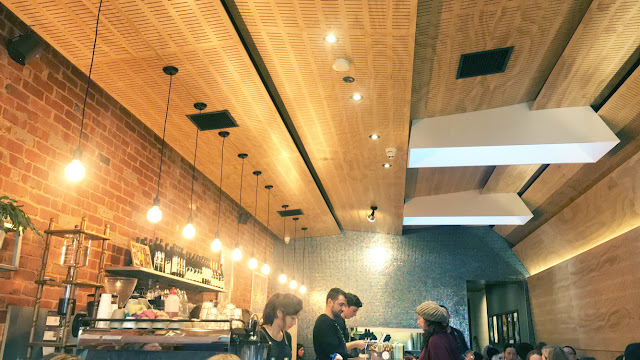